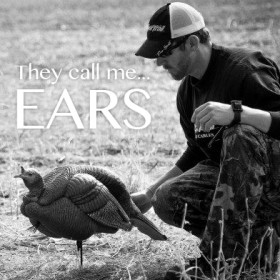 Traditionally it seems most people want the “fastest dropping” arrow rest for the reason of getting it out of the way before the fletching gets to the rests…..this is obviously important, but the “fastest drop” isn’t always the best. Think about this…if your rest dropped at the EXACT moment your release was triggered, the arrow would still be without motion, and the arrow would begin to drop before it started it’s motion forward. This “arrow drop” is obviously a problem in arrow flight and tuning. The Pro-V (and all Limb Drivers) are designed to stay up for 70% of the shot cycle, allowing the arrow to achieve the speed required to stabilize flight, with the launcher arms being pulled out of the way just before the fletching reaches them. This is why, in our high speed video, you see little to zero “arrow dip” through the entire shot cycle.

Furthermore, the arms of the Limb Drivers feature adjustable spring tension, adding even more tuning possibilities for the more particular archer. And, as the arrow passes through the shot cycle, the free-floating arms allow arrow imperfections, spine errors, hand torque etc to be reduced/negated. Easier said, the arms can “eat up” the flex of an arrow, returning it GENTLY to the correct position. This is made possible by a spring mechanism designed to hold the launcher arm “up”, instead of using the spring to force the arms “down”, like most traditional fall away rests. So, as the bow is drawn, the cord begins to slack, allowing the spring to raise the arm. Upon firing the bow, as the arrow passes over the arm, the spring mechanism keeps the arm up until the limb is almost returned to it’s original position. As it nears this original position, the cord begins to tighten, pulling against the spring and returning the arm to it’s “down” position, allowing the arrow and fletching to exit the bow with no contact and near-perfect flight.

This all being said, there is another issue that needs to be addressed with the Limb Drivers. Many customers feel the need to “pop” the arms without them being on the bow to check for noise. They pull down on the arm and allow it to spring back into the “up” position, often time resulting in an audible “click” that is then criticized. Even though we’ve begun to correct this sound for the simple sake of lessening complaints, this is a sound that will NEVER be made when the rest is set up on the bow. This sound is being made by the arm RAPIDLY going into the “up” position and contacting the stop pin. Well, when attached to the bow, this arm will never “rapidly” come into the up position. It will instead SLOWLY be raised as the bow is drawn. The “rapid” movement of the arm is when the bow is fired, the cord is tightened, and the arm is pulled into the “down” position. This, you will find, generally makes little to no noise.

Actually, in a sense, the rest making an audible “click”, as stated above, is reassurance that it is contacting something solid and stationary. Think of it this way: If it was instead contacting something very soft, the “up” position of the rest (nearly the most important part) may lose consistency. The soft pad or tubing may gradually wear down over time, or may have inconsistent memory, etc., causing the vertical arrow position to sometimes vary at its immobile period, and/or during its initial voyage into gaining the speed for stability. We’ve been researching (and are in the final stages of testing) materials with nearly permanent life and stability, so even though it may be redundant, the issues of unwanted sound (whether they’ll actually be found in the actual shot cycle when installed or not) from the rest will be nearly non-existent.

Hopefully this can help some of you more understand how Limb Drivers work and possibly clear up any problems/questions you may have about the actual functionality of the rest, and the way it was designed to work. Sorry if it got a little long-winded, but I wanted to be sure to cater to those “more tech-y” shooters out there that like to know every little thing about the products out there. Thanks a ton and just give me a call if you EVER have ANY questions about our rests, strings, string bats, or anything at all.